"It was the year I decided to end the aging process with a 12-gauge shotgun." 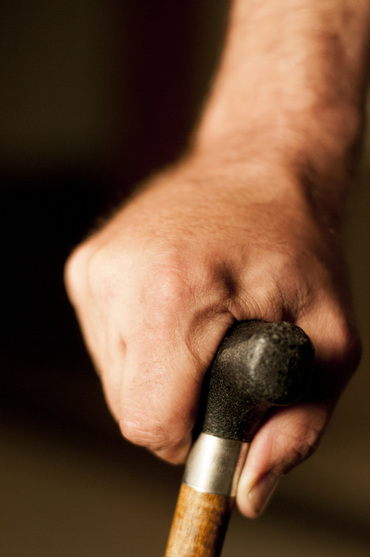 We were in the middle of the game when she shows up early to pick me up.

She said one of two things: She either said, "Rick, is that pool table more comfortable than our bed at home? Because that's where you're going to sleep tonight." It was either that or, "Rick, you're walking home if you don't get in the car."

It doesn't matter — whatever she said got me in the passenger seat of that 1992 Camaro Rally Sport 25th Anniversary Edition.

We were arguing all the way home. When we got to our trailer, she went into the kitchen to do the dishes, and I went into our bedroom and closed the door.

I walked over to my dresser, picked up my Remington 1100, 3-inch magnum, 12-gauge shotgun. Every time we got in a heated argument, I always threatened, "I'll just blow my brains out."

To see if she cared and how much she cared.

I pointed the barrel to the floor and squeezed the trigger to test myself, to see if I was really serious this time. As soon as I put a round through the floor, I sat on the foot of the bed and looked at what I'd just done. Then I heard it audibly: "Well, Rick, you got to go through with it now. Look how far you came."

So I put the barrel in my mouth, but I couldn't reach the trigger. So I put it to my head, closed my eyes real tight because I knew it was going to hurt real bad. But I also knew I'd be dead, because I've seen what this gun does to a deer's head at point-blank.

She heard the first shot, came running down the hall, burst through the bedroom door and saw my head explode.

It was after 12 midnight. We had no phone, because I couldn't justify spending $100 a month. I needed that money for crack cocaine. So she ran to the next-door neighbors, half-dressed.

First person on the scene was a state trooper. She told me he came in our home with his gun drawn. She said, "Rick, he took one look in the bedroom at you and the mess you made, shook his head and pulled the door shut behind him." He told her, "There's nothing more we can do for him now.''

Then the rescue squad got there. They took me to Lynchburg General Hospital. I was in neurological intensive care for three months and in a coma for 18 days.

When I woke up from the coma, my dad was there. He's not my biological father, so that's why I call him dad.

I was in excruciating pain. Have you ever had a migraine? Times that by 100. I was trying to run from the pain, and wore out my heel on the bed sheet.

All I know is I had this huge, concave dent in my head. They wouldn't let me see a mirror. I kind of thought I had fallen off an outside wall, but I couldn't remember falling.

It wasn't until they transferred me to Woodrow Wilson Rehab Center that I saw my reflection in the mirror for the first time. I asked that doctor what happened to me and when he said, "You shot yourself," I thought he was either joking with me or he had my chart mixed up with someone else's. I knew I couldn't have lived through that.

The doctor who did the initial surgery told my mother that he did his best work to make me look good for the morgue. I was in a wheelchair for half a year. They had to transfuse 28 units of blood back in me.

Do you regret doing it?

No, because it's made me who I am today. I didn't ask for this story. God looked down on this earth, saw me and said, "I'm going to give him something he can't repay."

If I just lead one soul to the Kingdom of Heaven, then it'll all be worth it for me. When my feet hit the floor in the morning, I wonder what I can do for God. When my head hits the pillow at night, I think of more things I should have done.

What's your greatest accomplishment so far?